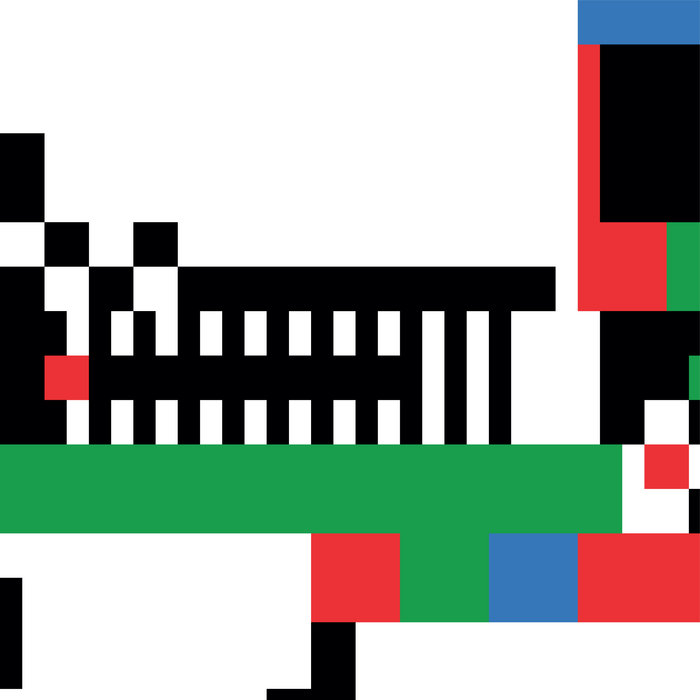 Don’t even try to find the meaning of “Temperplane” in the Webster. The word is the fruit of Jean Waterlot’s imagination, an attempt to capture the momentum that lead to the release of the 3rd album of his band Montevideo: a fantasized plane that would allow you to fly through various degrees of emotion, from where you could observe our planet Earth from above, far above. Nonetheless it’s a more conventional plane that Montevideo took to record those 8 songs, heading to New York to work with Joakim who established his Crowdspacer studio in Brooklyn a few years ago. The band decided to extend the fruitful collaboration with the French producer started on their 2nd LP “Personal Space” in 2012. So fruitful that they also signed the record to Joakim’s label, Tigersushi. After exploring more synth heavy, discoid vibes on “Personal Space”, Montevideo are coming back to their indie roots here, a rawer energy, without abandoning their ambition to keep your feet dancing. Here, their “psychedelic dance” vision takes on the challenge of dressing up the Beach Boys with the baggy jeans of the Happy Mondays, bringing the Pacific ocean breeze to Manchester, spreading complex vocal harmonies all over the dancefloor. Who else other than Joakim, the producer, musician, DJ and remixer, could have made this vision happen? Between the band and Joakim, the communication is fluid and effortless. Like Andrew Weatherall or Erol Alkan, the studio sorcerer seamlessly mixed Dance and Rock acting as a producer from the recording to the mixing, beefing up the beats, adding the right samples where they were needed. “With his extensive knowledge of Electronic Music, Joakim filtered our ideas through the processing of his machines”says Jean. A special attention was brought to the vocals arrangement and they space in the mix, emphasizing lyrics that gained in depth, especially after the 4 belgians heard about the devastating terrorist attacks that happened in Brussels airport as they landed in NYC. Jean recalls: “It was really strange to experience those terrible times in our homeland from such a distance, through American media. We somehow unconsciously fled this apocalyptic world we describe in the song Temperplane”. Because of their Pop influences and the melting pot of cultures present in Brussels, English remains their language of choice when it comes to singing, like when they describe this “Fun House”, a nightly place to lose yourself, even scarier that The Stooges’ one. The song starts like Fad Gadget and ends like The Charlatans, like a tribute to the the historical bond between Belgium and British pop music that dates back to the 80s (Factory Benelux, Les Disques Du Crepuscule...).

Montevideo’s dance-pop crossover sometimes evokes the psychedelic fumes of the Beta Band or Django Django (New Dandy, Empy Space), before taking a romantic New Wave stroll in Brooklyn (Sutton Street) or heading straight to the club (Calypso). The very graphic artwork was done by the legendary studio H5, famous for iconic French Touch artworks like Super Discount. Maybe the Temperplane is actually a time traveling aircraft, bringing together Primal Scream, New Order and Metronomy and proving that there’s another life after their post-punk debut and that 2018 electronic music can still enhance ambitious pop melodies to take you high, very high.